It’s been a little more than a month since I posted here despite the fact that I promised myself to post at least once a week but I guess a busy work schedule and family obligations are getting in the way.

On May 17th, I attended my first latte art competition at The Coffee Box in Plainfield, NJ. The cafe is nicely decorated and well equipped with a Mahlkonig Twin and a La Marzocco Linea 2 Groups. Also, the owners and baristas were cheerful, friendly and just awesome. 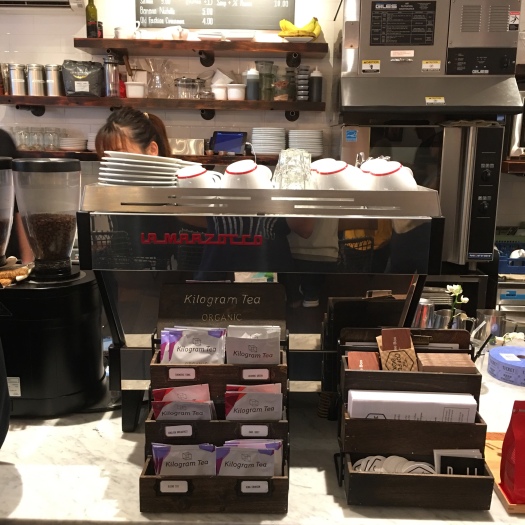 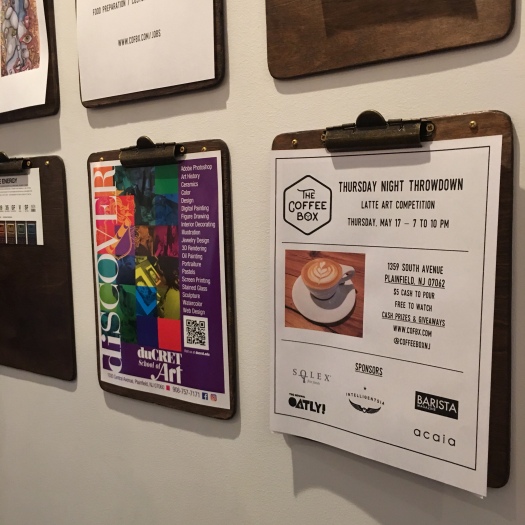 A short while later, the rules were announced and each round included two baristas. For the first round each Barista needed to pour a heart and then a panel made of 3 judges voted on the better design of the 2 cups (one for each Barista in the round). Unfortunately, I haven’t poured a heart at home in a long time and so I was out of practice and was eliminated in the first round! However, I won the first raffle prize and I had a choice between multiple items and I chose a delicious Bolivian coffee from Intelligentsia.

Just winning the coffee made my whole night, I never win anything in raffles so I was excited to have won something. Aside from the coffee, the whole night was great. People were so much fun to hang out with and strike a conversation. Also, it is always nice to meet like minded folks with the same interests and hobbies and share information and knowledge.

Even though I was eliminated after 15 mns of the competition kicking off, I stayed till the end to enjoy the coffee and art. The winner of the latte art competition won an Acaia Pearl scale (Acaia was one of the sponsors), which was awesome.

I’m looking forward to the next one, can’t wait! 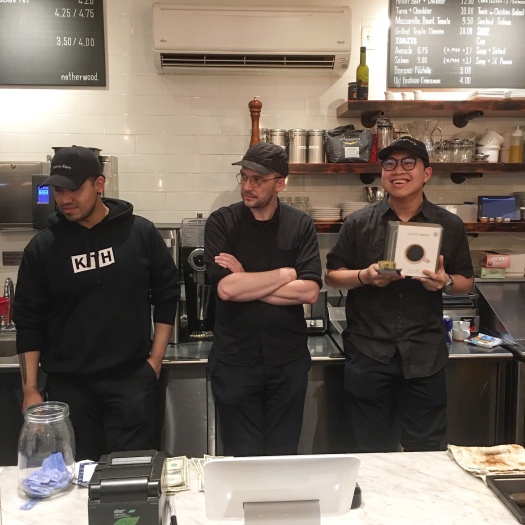 Last year my wife and I visited the 2016 New York Coffee Festival and we had a great time. My wife is not as crazy about coffee as myself but she enjoyed the live music, the excellent selection of talented up and coming musicians and the live latte art booth at the festival (yes, a live music indoor set is part of the show!). Last weekend my wife and I decided to repeat the experience and visit the New York Coffee Festival again.


Last year, the festival was held at the 69th Regiment Armory on Lexington Avenue, which was not a good idea. The 69th Regiment Armory is an indoor venue with high ceiling but no AC! This issue became the source of many negative reviews and feedback to the festival’s organizers as the place got warm and people were sweating profusely, especially after few espresso shots. This year, the location was different and much better as it was held in the Metropolitan Pavilion on 18th street between the 6th and the 7th Avenue. This place was better, cleaner and much cooler (climate wise).

One of the great things about this year’s festival is the fact that more manufacturers and more roasters showed up. More showing at these festivals, especially by equipment manufacturers, is extremely important. Currently, major distributors such as Seattle Coffee Gear and Whole Latte Love are spread out and they carry certain brands of machines, grinders and even cups so for the consumer who’s looking at different brands and would love to be able to compare them side by side (almost) and pull shots on both, a Coffee Festival or show maybe their best bet.

This year, I was excited to see Breville attending the show for the first time. They had their brand new Oracle Touch on display along with the Smart Grinder Pro (excellent grinder for the price point), the BES920XL dual boiler machine and of course their new coffee maker. Their staff (or the staff they hired for the show) was friendly and they let me pull shots, steam milk, and play around with the machine. While at the booth, I met one of my heros in the coffee industry and that is Chris Baca! I have been a big fan of Chris, I listen to his podcast, I follow him on Instagram (@realchrisbaca) and I watch his YouTube videos. Chris was down to earth and was open to taking pictures and really seemed like an even cooler guy in person than online!


On my way out they give us a bag with a microfiber cloth/towel on it to wipe the machine! Neat!

Also, attending the show this year for the first, is Commandante hand grinders from Germany. This was also great to see as the grinder is not sold by retailers I know and the show was one of the few opportunities to be able to touch it and play with it.


It is also important to note that some manufacturers from last year were also attending this year, which is always a good sign. Manufacturers include Bodum and La Marzocco. However, I noticed that some manufacturers were not attending this year, which I thought was a little disappointing as I’d personally love to see as many manufacturers as possible. Espresso Parts, Espresso Supply/Bonavita are among the ones missing this year. Also, it is otable to mention that some of the attendees this year had a weaker showing compared to last year, those include Nuova Simonelli. Nuova Simonelli last year had the Oscar 2 on display and they allowed guests to play with it and pull shots. This year there was none of that and the only Oscar 2 on display wasn’t even plugged!

The show also featured plenty of roasters from New York and elsewhere around the country such as Stumptown, Cafe Grumpy, Apes & Peacocks and others. Overall, the show was exciting and I can’t wait for next year and hopefully see more manufacturers on display!

There was an error retrieving images from Instagram. An attempt will be remade in a few minutes.

This is a text widget. The Text Widget allows you to add text or HTML to your sidebar. You can use a text widget to display text, links, images, HTML, or a combination of these. Edit them in the Widget section of the Customizer.