Couple of months ago, Zubing Sun, the owner and inventor of The Force Tamper posted a video on Instagram demoing a tamper base (for The Force Tamper) that can distribute the grounds inside the basket before tamping, needless to say I was intrigued and impressed. Zubing graciously sent me couple of units for review along with a clear glass basket so that I’m able to see in action the distribution done by the new base.

As pictured below, the base has a thin metal bar going across the diameter of the base Zubing sent me one flat and one ripple base. This thin metal bar moves up and down as needed and depending on the amount of coffee in the basket. 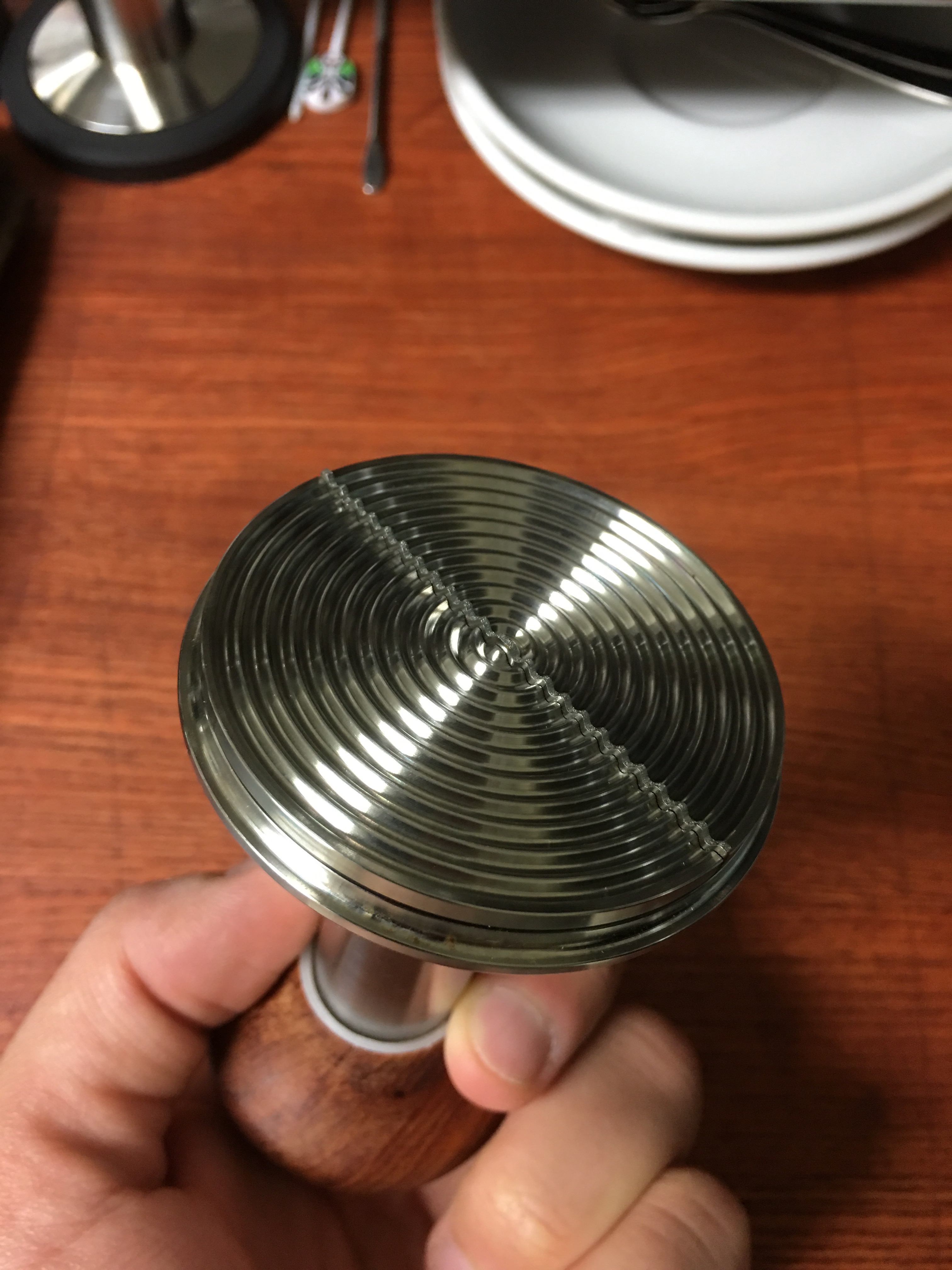 The way it works, you sit your The Force Tamper on the basket like you would do for tamping, except instead of pressing down right away you let the weight of the Tamper sink inside the basket and then you rotate the tamper handle few times at either direction (clockwise or counterclockwise). This motion leverages the metal bar that’s built in the base to sweep or distribute the coffee.

Here’s a video showing how it works

Here’s another video showing the distributor tool in action, using a clear basket that was designed to showcase the distribution action.

Overall, I’m very happy with the new distribution base for The Force Tamper. It does the job effectively and efficiently while saving you some cash in the process.

7 Replies to “The Force Tamper Distribution Base”

There was an error retrieving images from Instagram. An attempt will be remade in a few minutes.

This is a text widget. The Text Widget allows you to add text or HTML to your sidebar. You can use a text widget to display text, links, images, HTML, or a combination of these. Edit them in the Widget section of the Customizer.